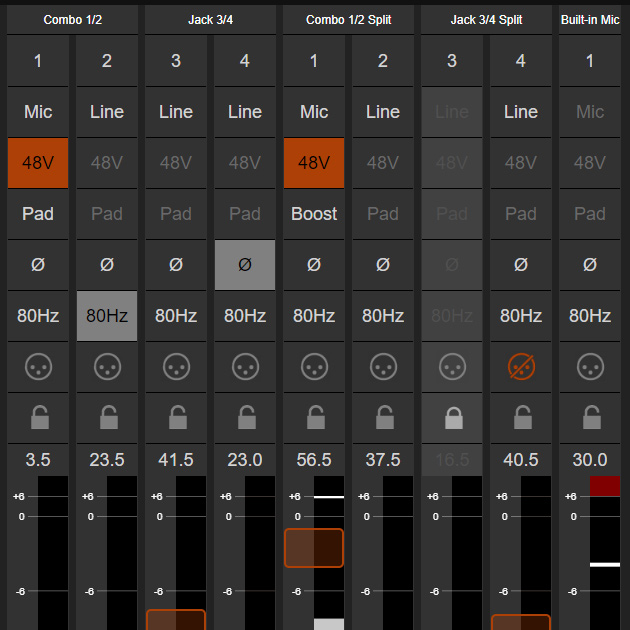 To get 2020 off to a flying start we are pleased to announce that we have released a new Anubis firmware and a new macOS VAD driver.
Mac users will be delighted to know that this new Virtual Audio Device is available and is compatible with later Mojave 10.14.5/10.14.6 as well as the new Catalina 10.15.x OS. This ensures that top performance can be maintained with the enhanced features of the new operating systems. The ability to control the PreAmps remotely from any web browser is also a major convenience for many Anubis users and this is also available on the latest version of firmware.
MERGING+ANUBIS Premium has been DXD compatible for some months but there were some challenges in completing a full DSD workflow. This is now available as a free of charge firmware update and will be particularly useful for the many Grammy® winning Merging customers who have added the convenience of Anubis to their systems.
Read More 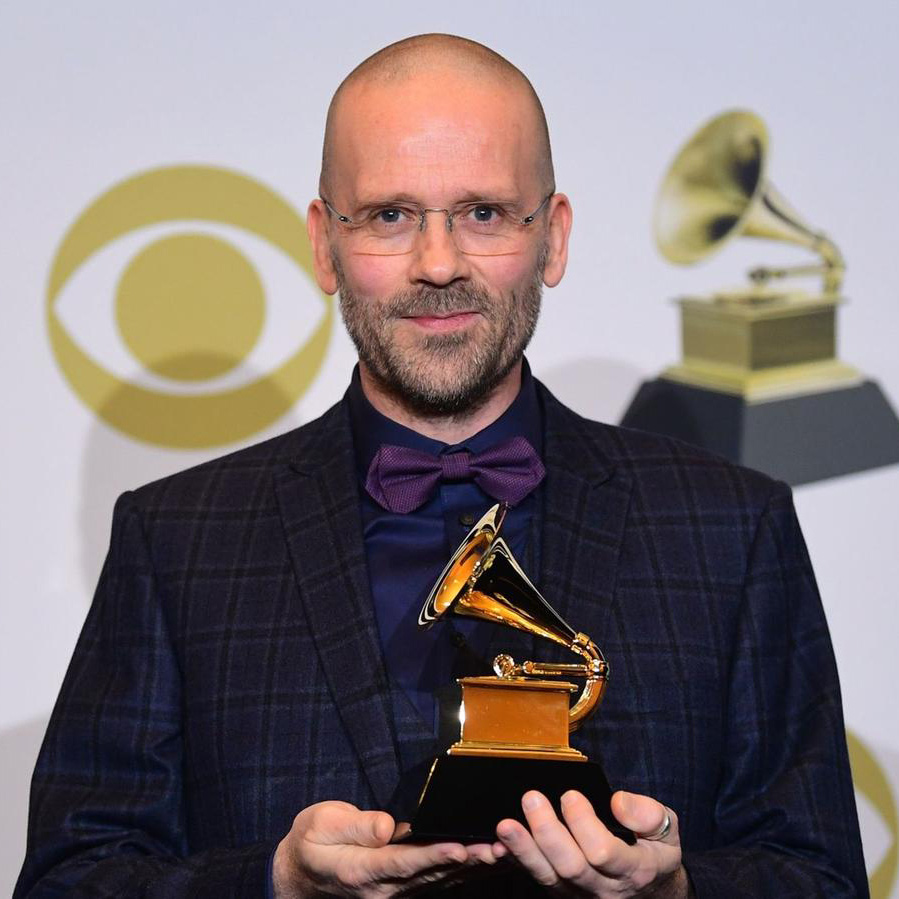 After a world record of 28 Grammy nominations without a win, Morten Lindberg from 2L in Norway, has finally had his patience rewarded at the 62nd Grammy Awards ceremony on 26th January when he finally triumphed in the highly prestigious “Best Immersive Audio Album” category. The album is entitled “Lux”and features Anita Brevik, Trondheimsolistene & Nidarosdomens Jentekor captured on Pyramix via Hapi and Horus networked converters.
Unfortunately, as there can be only one winner, this meant that the team of Jim Anderson and Ulrike Schwarz with the added mastering skills of Bob Ludwig lost out, as did another project that featured Bob Ludwig in the same role with Bob Clearmountain as the immersive engineer.
Bob Ludwig did at least reap yet another Grammy as the mastering engineer on the “Best Engineered Classical Album”; “Riley: Sun Rings” played by the Kronos Quartet and engineered by the renowned Leslie Ann Jones of Skywalker Ranch.
Another notable winner was “Songplay” sung by the wonderful Joyce DiDonato which was also recorded mixed and mastered on Pyramix.
Merging sends its congratulations and commiserations to all the winners and nominees that we are honoured to have as customers.
Grammy Awards List

VC Pines: Do Something Extraordinary article in Headliner magazine 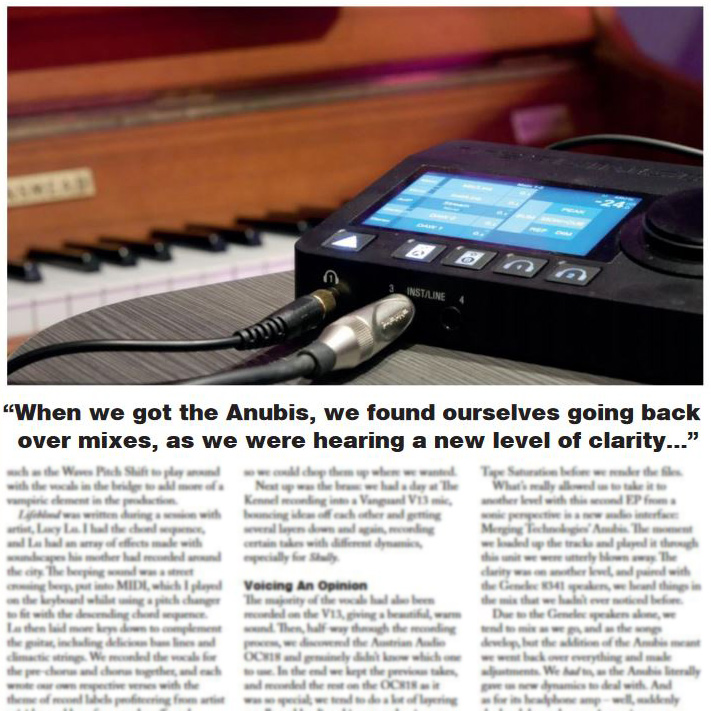 "What's really allowed us to take it to another level with this second EP from a sonic perspective is a new audio interface: Merging Technologies' Anubis. The moment we loaded up the tracks and played it through this unit we were utterly blown away. The clarity was on another level, and paired with the Genelec 8341 speakers, we heard things in the mix that we hadn't ever noticed before.
Due to the Genelec speakers alone, we tend to mix as we go, and as the songs develop, but the addition of the Anubis meant we went back over everything and made adjustments. We had to, as the Anubis literally gave us new dynamics to deal with. And as for its headphone amp - well, suddenly the headphones became just as important a reference tool as the speakers; and as a result, it helped us with our stereo imaging as well as overall mixing."
Read full article 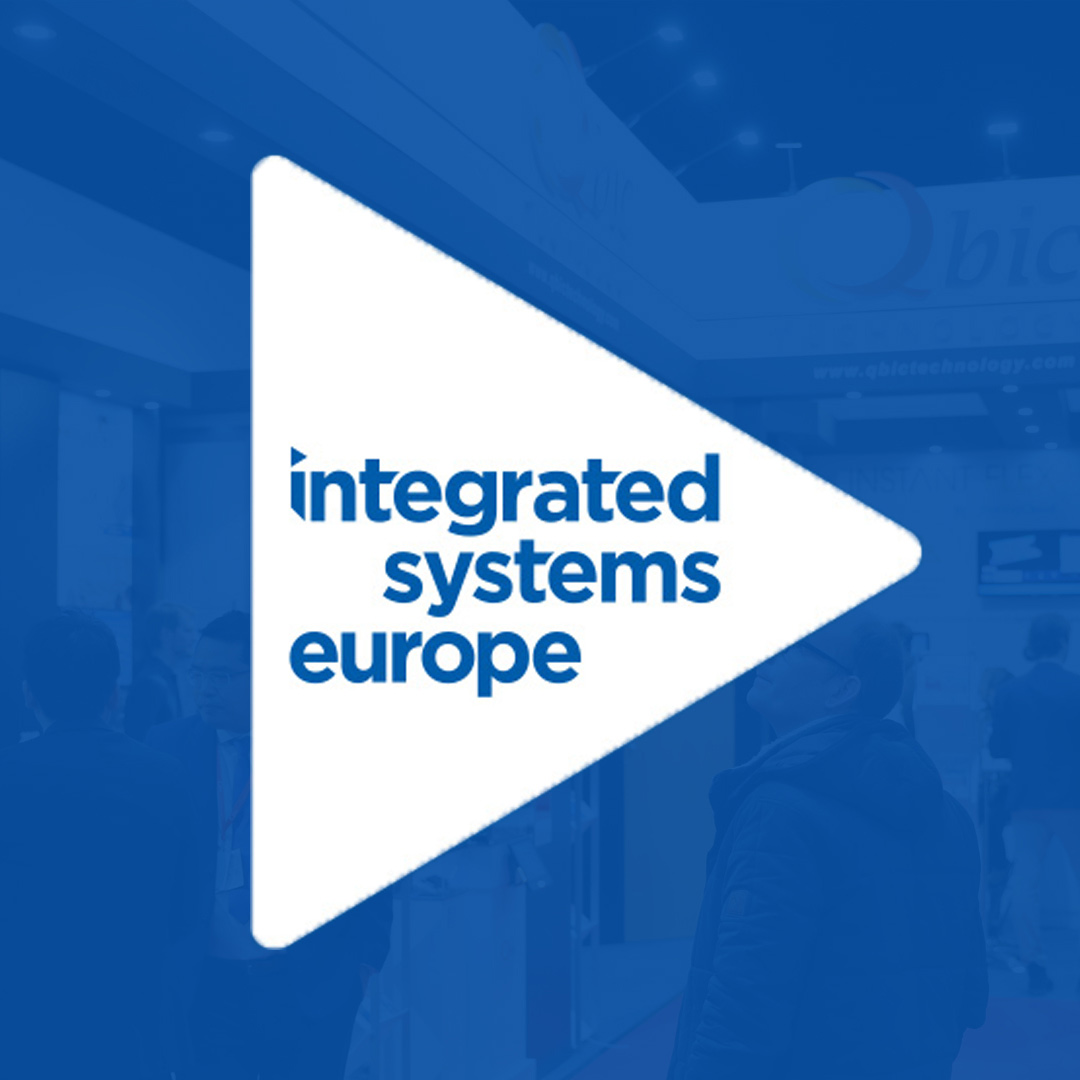 Merging Technologies will be at the ISE 2020 convention in Amsterdam from 11th to 14th February and invites you on booth 7-P182 where our products will be on display. Get a free entry by clicking here to register using our Exhibitor Invitation
Code: 247979 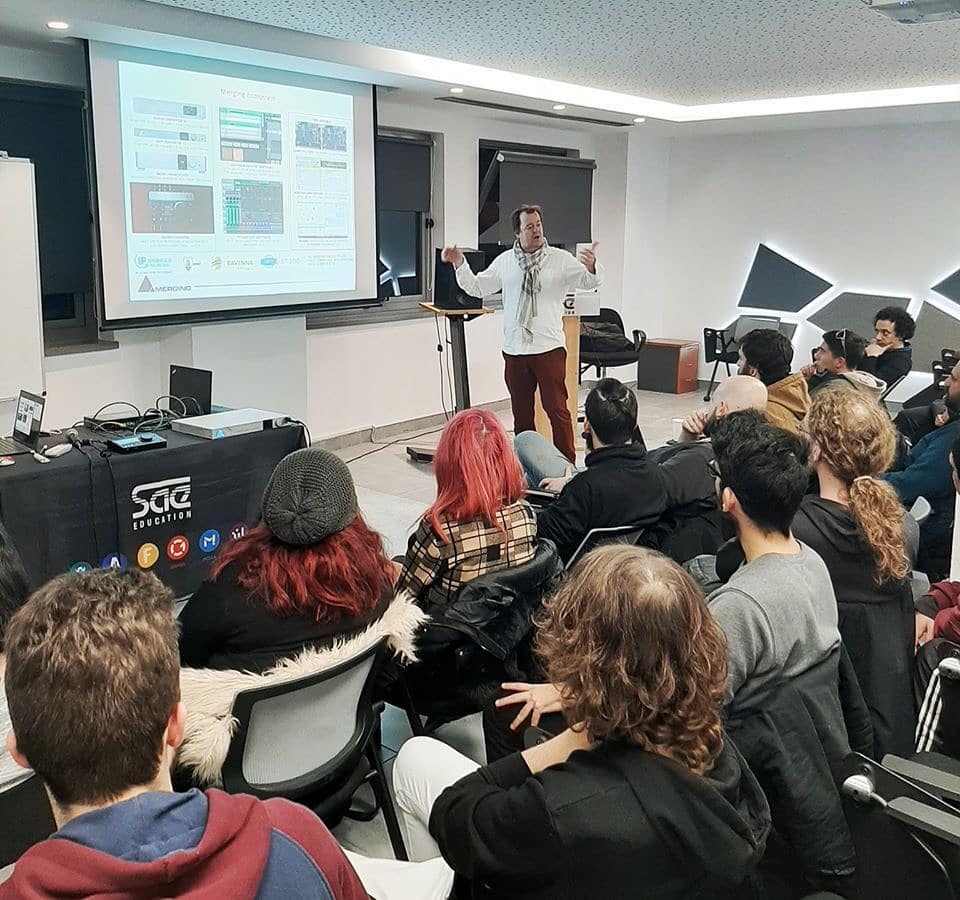 Maurice Engler was at the SAE Audio Engineering school in Athens, Greece, getting students up to speed with Anubis, Pyramix 12 and how they can be used for mastering, post-production and immersive audio.