Someone out there is putting too much pressure on the M&E industry to solve the country’s/world’s problems.

For years, people complained about the fact that the folks who chose the Oscar winners – AMPAS (Academy of Motion Pictures Arts and Sciences) – was too male, too old, too white … and well, it was.

So, it changed with hundreds of female and minority members being added. 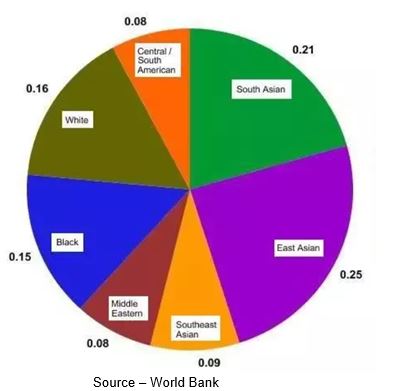 Mixed Audience – Contrary to some folks’ view, the world isn’t white, and it isn’t male.  The 197 countries have varying nationalities and sub nationalities with two primary sexes and a wide color range.

The old white guys (91 percent white, 82 percent male according to UCLA study) who run the studios and provide film/TV series to outlets started giving the green light to projects, ensuring they focused on diversity (female, color, LGBTQ, others) figuring that would solve the problem(s) and everyone would be happy.

Making everyone happy is darn near impossible.

The industry celebrated Parasite as an international breakthrough for a great project but social media arbiters screamed that “a foreign film” won best picture.

Twitter mongers sometimes forget that there are 197 countries on the planet, and they all have their share of outstanding filmmakers, writers, video/audio production people and … they create good stuff.

Perhaps one of the best things about the global popularity of OTT is that U.S. projects get even more exposure in other countries, but we get an opportunity to see and enjoy more of their work.

At the same time, we have to understand that not everyone on the planet embraces or at least tolerates diversity as much as we do.

Yes, it’s tough enough to achieve diversity and equality--even in the U.S., but good movies and TV series are a great way to start. 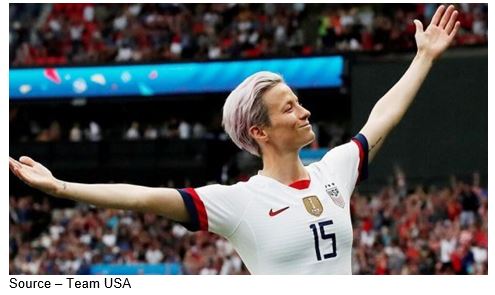 I’m Here – U.S. women’s soccer superstar, Megan Rapinoe, is tough on the field and off.  She is an outspoken advocate for women’s rights, LGBTQ and equal pay (among other things).

The challenge is that there are so many different religions, different races/nationalities and a couple of sexes (yes, we realize there are subdivisions but…).

Still, we believe industry participants – those who write the checks and order the content – work to achieve better diversity and equality today because their visual stories are seen … everywhere.

If the project makes money, the backers and studios promote how they are doing their part to make this a better world.

If it doesn’t make money, it is obviously the creatives’ fault (the writers, directors/showrunners, production folks, actors) and they write off the losses saying, “See, we really tried.”

Changing Population – The U.S. is slowly changing its racial population mix as whites inch toward becoming a minority as other races increase.  At the same time, women are becoming the country’s majority.

We saw it with our kids, even though we’re really not comic book movie fans and we had to make a point of looking for it – for them.

The trailer didn’t reach out and grab us, saying you’ve gotta see this.  The social media marketing and other promotion was minimal; but then, we’ve come not to expect much from Warner’s parent, so that wasn’t a surprise.

The diversity was certainly there, as was the equality.

The film probably won’t make up the shortfall on the international scene because the world’s second biggest theatrical market – China – is non-existent because of the health scare and it will take years to recover … if ever.

On the upside, diversity and equality are getting an added boost and opportunity. Thanks to the explosion of viewing choices, consumers are increasingly streaming content to their screens and devices. 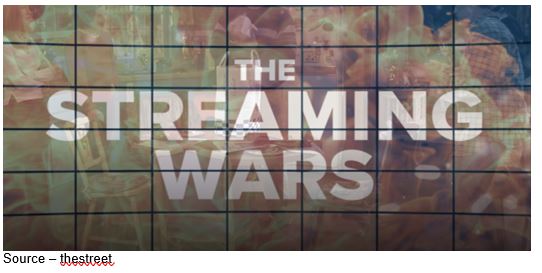 Stream On – People around the globe have quickly come to enjoy the benefits of anywhere, anytime, any screen entertainment; producing a strong demand for content owners to directly “sell” their content directly to the consumer.  This has also increased the demand for new, fresh, exciting and “different” content.

The proliferation of on-demand streaming has created a dizzying array of viewing options which has, in turn, created an increased demand for content.

Nielsen recently reported that as of last December, U.S. consumers could choose from 646,152 unique program titles, an increase of 10 percent.

According to Nielsen, consumers are initially avoiding picking and choosing, instead adding more services with unique content to their new personal bundle

In the U.S., 73 percent of households have at least one streaming service and about 33 percent have three or more services with the number of multiple subscriptions growing rapidly. 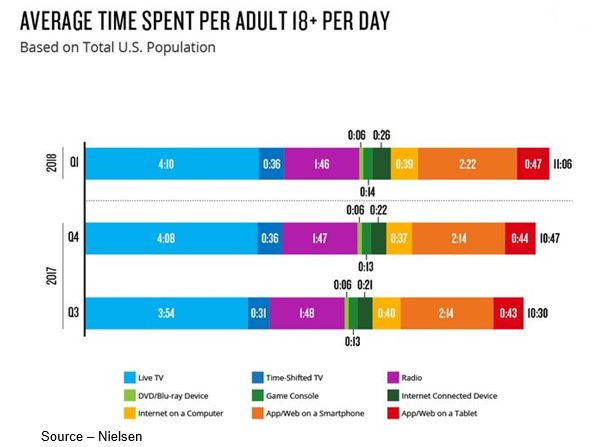 One Day a Week – Consumers are increasingly taking advantage of full-length and short video content enjoyment to the point any screen viewing takes up one day of the week for many.

In addition, people are spending more time with their screens.

In Q3 of last year, people spent 11 hours, 54 minutes each day with their devices, an increase of one hour and 24 minutes over the same period the year before.

How does this relate to the people developing, creating content?

World Online – While streaming content may have had it’s jump start in the U.S. with Netflix, the company quickly showed that OTT entertainment was of interest to young/old, males/females in every country of the world.  Obviously, this got the attention of content owners everywhere.

People add services – AVOD and SVOD – based on new, different content … not on reruns. 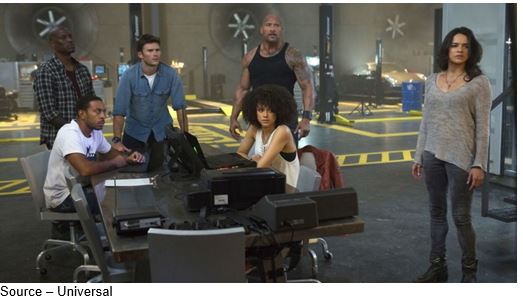 We’re certain because of the growing realization that global distribution is becoming increasingly important to the profit of a project. Check writers are taking a closer look at the gender/race/ethnicity of actors.

Studies seem to bear out the fact that movies with an underrepresented lead and diverse cast perform best globally.

And while senior management may be old, white and male, they do understand the importance of seats in the seats or increased streaming activities.

Onscreen and behind-the-camera representation among women and people of color is gaining increased importance in more balanced representation. 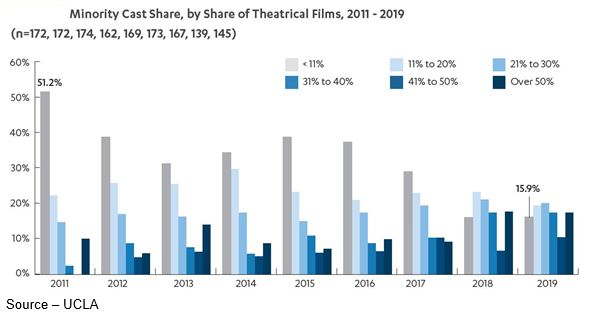 Slow Equality – With organizations taking a long, hard look at the mix of people in front of and behind the camera and viewer reception, studios and project backers have been slowly shifting from all white male leads to multi co-leads and project control.  And it is paying off for everyone.

While women made up only 30 percent of the Oscar nominees for this year’s nonacting awards, more female producers were nominated this year for best picture and there was a significant increase in women nominated in film editing, animated features, makeup/hairstyling, original scores and documentary shorts (four out of five).

While female and color representation were still far from “balanced” in most of the categories, progress has been made--albeit not as rapidly as most working-level people in the industry would like.

Organizations like USC Annenberg, UCLA, ReFrame and others are shedding more light on the importance of studios increasing their development of films and series with more equitable female, gender and race representation. It can also improve a project’s quality, reception and profits.

Recognizing that talent is not limited by gender or race/ethnicity, 31 of the top 100 films had an underrepresented lead; and a significant increase of streaming projects have placed pointed emphasis on ensuring major gender, race/ethnicity representation.

Industry senior management is finally hearing what advocates have been saying for years … stories with underrepresented leads/co-leads make money.

All that is required is a good story and committed creatives behind and in front of the camera. 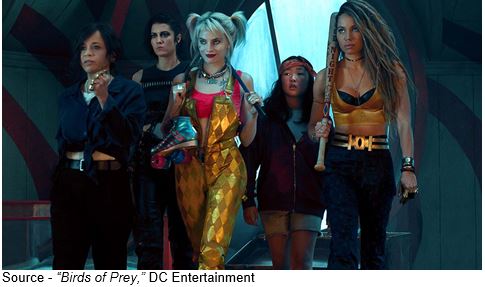 Okay, as Birds of Prey proved, it also requires a sound, aggressive and focused marketing effort which many of the older bosses don’t quite understand.

Or, as Harley Quinn said, “I told you she had a killer voice.

As most indie filmmakers will tell you…