A 5G Network Can Be a Blessing and a Curse, So Play Nice

A 5G Network Can Be a Blessing and a Curse, So Play Nice

The other day, we were watching a movie on our smartphone. 30-minutes in this huge buffering wheel filled the screen.

A few months back, the EU asked Netflix; Amazon; YouTube and Disney to cut their streams back to HD video to save precious bandwidth.

The only person we know who recognized the difference and quietly complained was industry tracker Bob Raikes, managing director of Meko publishers of Display Daily.

Ordinary folks didn’t notice the difference. As long as the screen had the 4K logo in the corner, they were watching in 4K

It honest to gawd doesn’t folks…honest!

Back in 1918, people said radio brought on the flu pandemic, in WW II the pandemic was caused by radar, the 1968 flu was caused by satellite “bombardment.”

The solution then as now … turn the clock back. 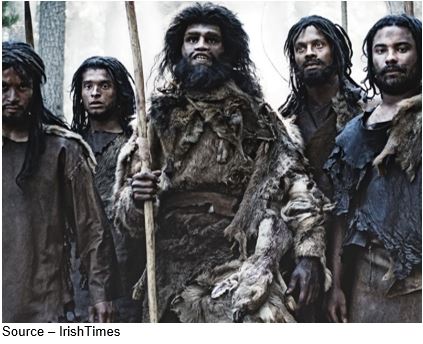 The problem is the good ‘ol days weren’t that good.

In addition, the negative 5G noise is just wrong -- https://bit.ly/2L0LeH5 and https://nyti.ms/2W6PWtx - so let’s move forward because we’re going to need it … eventually.

People love to say 5G is here so buy your new (expensive) phone and enjoy all the rich benefits even though it will take time to build out the local, state, national, global wired/wireless distribution infrastructure just as it takes time to get the content industry moving in the same direction. 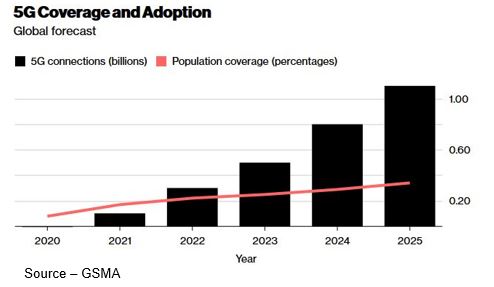 Global Expansion – The global buildout of tomorrow’s 5G infrastructure will take a little time to get strong coverage of the population because the major focus will be on large population centers.

Don’t get us wrong, having 5G to stream your content is important (to you) but the world is going to need the speed and capacity for darn near everything else – improved healthcare/telemedicine, home safety/security/convenience, better remote meetings, autonomous transportation and high-quality immersive entertainment/gaming.

To support just about everything everywhere, we’ll need the better wired/wireless network performance/capacity that 5G was designed to deliver:

The weird thing that rose during the lockdown for the first time in years was phone calls. You know, pick up the phone, tap nine numbers (10 if you count 1 at the beginning) and actually talk to someone on the other end of the line.

The other thing people “discovered” was that they really could work away from the office, stay in touch with everyone and keep (most) business activities moving forward with daily, hourly video conferences – Zoom, MS Teams, Google Meet, Skype, GoToMeeting, WebEx, Verizon BlueJeans and more. 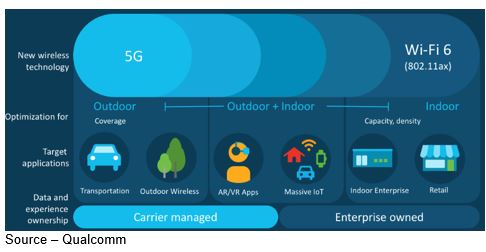 Complimentary – While 5G technology may grab most of the news coverage, the availability of high-speed Wi-Fi 6 service will happen more quickly.  Both will be required in tomorrow’s connected world.

Don’t give us the flack that you only care about how quickly your telco is going to deliver 5G so you can buy those outlandishly expensive 5G phones.

Five plus years ago, connectivity wasn’t as ubiquitous and was less reliable than it is today.

It would have been difficult, if not impossible, to seamlessly and reliably connect homes, businesses, education and healthcare institutions.

Faster speeds and increased capacity enabled large segments of the world to meet the dramatic shift in demand almost overnight.

Had the pandemic occurred five years from now the impact – hopefully – would have been much less and certainly less disruptive. 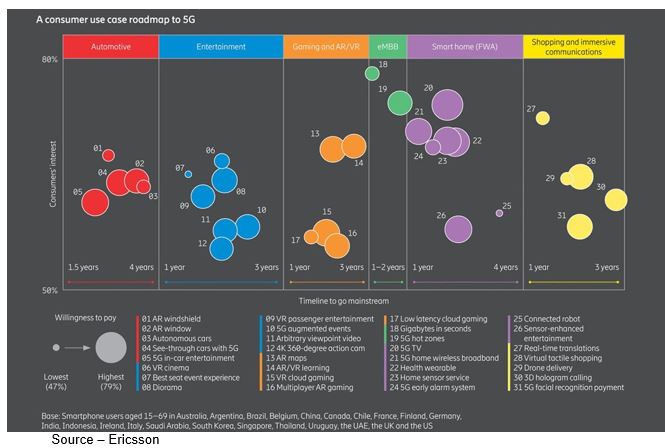 Priorities – Everything has a budget – time, money – that helps people decide which technology they want first and how much they are willing to pay.  Healthcare and home applications of 5G technology are projected to get most of the attention and support over the next few years.

By then, businesses and institutions will be in an even stronger position to meet the challenges head-on.

Mission-critical services have been the primary reasons industry leaders – Qualcomm, Ericsson, Nokia, Cisco, their partners and telcos – have been moving to deliver the services despite the hurdles.

Health, Safety – The Covid-19 pandemic proved the importance of high-capacity, high-speed communications in health emergencies.  At the same time, fast; safe and reliable distribution of goods and support for people became increasingly important around the globe.  Nearly 60 percent of goods are transported by truck, making healthcare and trucking higher priorities for 5G technology than streaming your entertainment.

Major applications such as moving goods quickly and effectively from the point of production to the user will help control costs.

He added that the significance of the overnight rise in data traffic is now a leading case study for the importance of network transformation to a more flexible, software-based network.

Infrastructure Buildout – Even during the pandemic (which wasn’t caused by 5G), installation crews around the globe have been building and installing long distance 5G tower networks and urban/suburban cell networks to deliver fast, high-capacity 5G service to people.


The pandemic highlighted the importance of accessibility and availability of connectivity around the globe including rural communities and areas of the world that have minimal communications.

But wired fiber is impractical everywhere in a country, a state or even in a major city.

To meet the service needs, communications crews have been building out their network of towers for reliable, economic, long-range distribution as well as small cells strategically located throughout urban and suburban centers during the pandemic and the ridiculous/unfounded claims that the sickness was all the result of 5G service introduction.

Takes Time – It’s always interesting how much time goes by between the introduction of a technology and when it is in widespread, common use.  While 5G wireless has been so widely promoted that people feel it is everywhere, most people around the globe will be using 4G LTE and Wi-Fi 6 will be used in home and business applications.


Wi-Fi 6 will expand more rapidly and broadly as businesses and organizations as well as working away from the office and video conferencing/meetings become a normal part of our professional activities.

It will also enhance team contributions and productivity so projects can be completed more efficiently and effectively.

The broad availability of 5G service – low-, mid- and high-band spectrum – in addition to being properly priced and structured without premium charges and/or usage caps (which were suspended during the pandemic) will expedite global adoption.

Based on the growing demand for high-speed, reliable communications service and the performance of early trials, Ericsson increased its forecast for 5G subscriptions to 2.8B by 2025, thanks in no small part to the aggressive deployment of tomorrow’s infrastructure.

Wi-Fi 6 has a powerful role to play alongside tomorrow’s tower and small cell technologies in delivering key use cases going forward in the 5G Era. 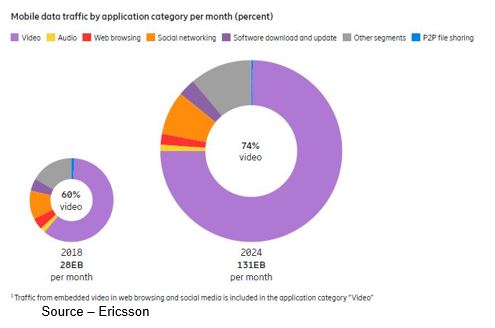 All About You – While 5G technology will change and improve things in almost every segment of business and personal life, it’s the streaming content that people are really looking forward to using…everywhere.  Almost every video storyteller has a plan in the works on how to get her/his content in front of the demanding public.

Wired and wireless services have been rigorously tested by billions of people around the globe who worked from home and were sheltering with family members. Not fun without a good entertainment break (or 2 or 3 or …).

Watching video stories on any screen has become more than a way to take a break or to occupy the kids, it has become a vital stress release for everyone in the household.

Streaming video content from Netflix, Disney +, Apple TV +, Amazon Prime, Baidu, Alibaba, Tencent and the thousands of OTT services around the globe, already accounts for more than 65 percent of all mobile traffic.

With TikTok recently signing Disney’s Kevin Mayer as CEO (then he left and governments got into a name calling match), you can bet the company has its eyes set on extending its reach and influence in the mobile video entertainment and advertising arena in the next few years.

With so many people working from home, security has become a major concern for businesses, entertainment streaming services and households.

Security officials at Thrive emphasize that Forrest Research’s John Kindervag model of Zero Trust is even more vital today – assume everything around the network is hostile and that anything/everything has to be verified.

As a result, everyone – including every company team member  –  has to be more aware of the challenges and the risks since cybercriminals and nation-state groups are increasing their attacks across the Internet to “acquire” data and assets, including video content.

While SVOD credential sharing or accessing content from BitTorrent sites may seem to be harmless freeways for people to enjoy movies and series, people need to understand and appreciate that most of the time, these services also give you something extra--malware that opens your system and network(s) to criminals.

It’s important to remember that the high-speed, high-capacity global network is also a two-way highway that can benefit you … and them.

As James Bond said in “The World Is Not Enough,” “There's one critical element here I may have overlooked.”