“You forgot the first rule of mass media, Elliot! Give the people what they want!”  -- James Bond, ‘Tomorrow Never Dies,’ Eon Productions, 1997

Of course, it’s a little easier to do when you have chips on every spot on the table – content creation/production, distribution and delivery.

When Comcast helped Peacock enter the market, they weren’t showing they were ready to fold but were doubling (even tripling) down.

When Netflix was launched in 2000, folks found it was more fun to binge than wait until next Thursday at 8 p.m. to watch more commercials. NBCUniversal leased them a bunch of shows including The Office, investing $500M-plus to develop more content for “the future.”

It wasn’t much of a secret that Amazon, Apple, Disney and others thought Netflix had hit on a heckofa idea – give you an elegant roster of content you could watch anytime, anywhere on any screen and do it until you had to go buy more chips or go to bed.

For folks who didn’t want to pop for all of them, there were some freemium entries – Tubi, Pluto, IMDb (Amazon owned) and others –  that could fill in the viewing gaps with some oldie but goodie shows/movies interrupted by a few ads. 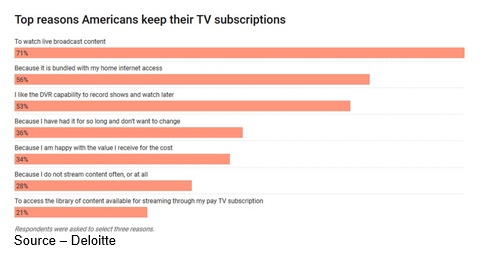 Habits are Habits – People will often say they’ve moved to SVOD services to watch the content they want, when they want, where they want and … to save money.   But cable/Pay TV isn’t disappearing because you still need the connection to the internet and folks just haven’t gotten around to parting with the cable guy.

A fair number of folks kept their Pay TV because; well, just because.

And even if they completely cut the cord, there was still a very good chance the content came to the house over Comcast’s last 100 ft broadband connection because it was reliable, fast and inexpensive.

If you couldn’t find something in those rosters, it’s obvious you’re just lockdown bored!

That was okay because Comcast’s CEO Brian Roberts and NBCUniversal’s Jeff Shell had a great scalable addition/option in mind … Peacock.

It was going to takeoff like a rocketship with every AVOD/SVOD subscriber and every advertiser begging to jump on board to follow the 2020 Tokyo Summer Olympics. 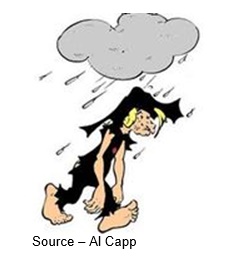 Not even Al Capp’s Joe Bfstplk could imagine anything like a global pandemic to empty the stadiums until next year.

You market the heck outta Peacock with ads on your cable service, TV channel, social media, emails, mobile notifications, you name it.

Then you overstuff the service with wowing content, ramp up relationships sooner rather than later and jump into the deep end of the pool.

Unlike some folks, you don’t tell the consumer it’s so good you’ll beg to pay more.

Instead, they offered a lot of Peacock for free and go from there. 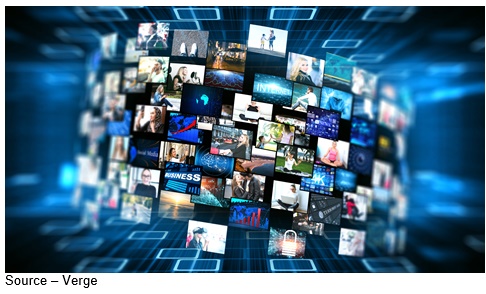 Viewing Overload – Of course there will be those who say there’s nothing in the ad-supported portion of Peacock that they want to watch and they kept all the “good stuff” for people willing to pay for a subscription; but then, everyone always wants what’s behind the curtain.

Two-thirds of their 20,000-hr catalog is free to people in the US; and if you want more stuff, you can pay $5 for more of the content but with ads or $10 for everything ad free.

And you can adjust your fee/offerings up and down if you want … neat.

“That gives Peacock a tremendous library of fresh content – most free AVOD only have older series/movies – and will enable Viacom to restructure while focusing on increasing their premium entertainment content strength globally,” he added.  “It could pave the way for a powerful coopetition (cooperative competition) duo.”

But that’s then, this is now, and we saw other points of interest for viewers:

-          Comcast really doesn’t care whether you go Peacock, their Pay TV bundle or both

First off, people don't really hate ads, they hate the 14-16 min/hr. of ads you get with broadcast TV.

Peacock will be running under seven minutes of ads (probably 4-6 min). 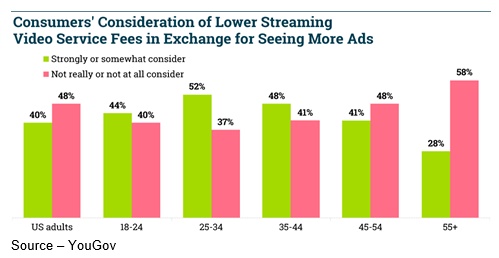 Less is More – Fewer ads and more personalized ads in AVOD services will attract and retain viewers longer; and maybe, just maybe, keep them from dashing into the kitchen for another snack.

With enhanced use of personal and preferences data, they will hopefully understand it’s a waste of their money (and the consumer’s time) to advertise to 1M people who don’t care/aren’t interested than it is to reach 1,000 who are really interested in the product/service.

Intelligent, creative, modular ads people are actually interested in that are programmatically delivered will be good for everyone … trust us.

Granted, marketers have drastically cut back their advertising because of the global uncertainty but Peacock made it fast, easy, economic and almost fun to help reach content streamers.

They introduced The Talent Room as part of their NBCUniversal One Platform with special commercial formats to minimize ad clutter and improve the viewer experience/brand relationship.  That made it easy for brands to connect with the right influencer talent to efficiently, effectively tell the product story.

It’s sorta obvious that they’ve given a lot of thought/attention to the unique strengths, opportunities that come with IP-based streaming.

Peacock’s parent, Comcast, owns a lot of content creation and services and they are heavily investing in more original/licensed content.

Content is only worth something when it’s viewed; and they might want to put their movies in theaters first if possible/practical. 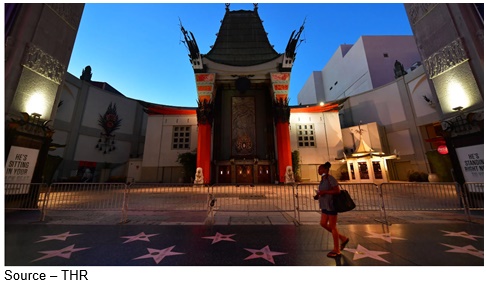 Still Dark – Theaters in the US and in many countries remain closed and even those that are ready to show new blockbusters are getting a cold reception from consumers.  Studios can’t wait to recoup their investments forever.

While it might be “a goal,” they are also ready to respond if gloomy forecasts from people like financial analyst Doug Creutz come to pass.  Creutz said, “We now expect domestic theaters to be largely closed until mid-2021, in part because we don’t think studios will be interested in releasing their largest movies into a capacity-constrained footprint.”

This time, Plan B is in place and they can take films Minions: The Rise of Gru, The Forever Purge, Last Night in Soho, Bios, Halloween Kills, Fast & Furious 10, MI:8/9, Quiet Place 2, Jurassic World: Dominion, and others to their premium streaming offering for viewing on home/personal screens.

But with the uncertainties, studios and content owners may have to consider Plan C -- move tentpoles (killer projects) to their pay-for-view TVOD site for 30-60 days and market the unique viewing opportunity and convenience.

After the new premiere, they can move content to their SVOD service for six months; and, if the opportunity is available, (as with Peacock) move it to the AVOD service or license the content.

Creative teams get maximum exposure, investors get better ROI, viewers get to choose how important the project is to them … done and done.

Cineworld, Cinemark, AMC and the rest may grumble, but remember -- M&E isn’t a game…it’s serious business.

Heck, in a year or two, the content could even come to pay TV.

Comcast/Xfinity can wait because all of the VOD services -- FAANGD (Facebook, Amazon, Apple, Netflix, Google, Disney), BAT (Baidu, Alibaba, Tencent) and other streamers can only stay in the air so long. Ultimately, content needs to get to the edge screen (home TV, other screen). 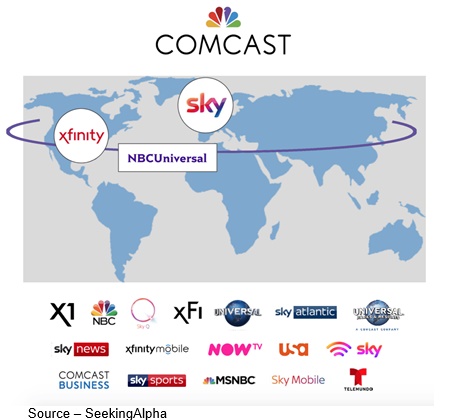 Really Big Bundle – When most consumers hear Comcast mentioned, they think of their Pay TV bundle but the company is more, lots more.

Comcast is the largest US Cable MSO (multiple service operator) and residential ISP provider in the US and owns Sky, Europe’s Pay TV giant, which is also big in home content delivery.

It’s a long, hard uphill battle for wireless carriers to impact the residential ISP services market because cable MSOs have the optimal infrastructure to ensure economic high-quality service for OTT delivery to the home.

We appreciate you’re sitting there waiting for Pay TV to “pass.”

After all, as soon as something “newer, better” comes along like streaming shows/movies to your whatever screen, when you want to enjoy it, the old stuff such as 60 Minutes at 7:00 p.m. Sunday is well … old. 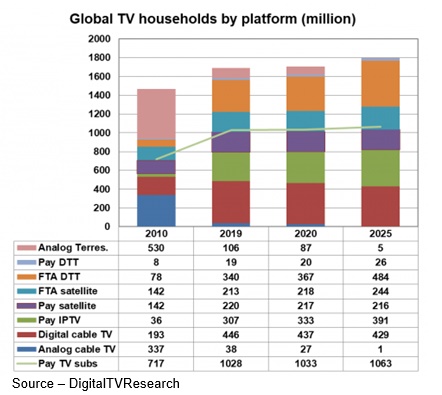 Globally Stable – While streaming services have had a decided impact on Pay TV’s growth, the demand for day/time programs continues to grow … just more slowly.

However, just a couple of years ago, bundle subscribes past 1B and by 2024 is projected to reach 1.1B according to Statista.

At the same time, SVOD is projected to reach 1.4B plus.

Of course, Netflix already has its collective eyes set on getting a huge share of those SVOD projections, which is undoubtedly why Reid Hastings and the board elevated Ted Sarandos to co-CEO recently.

Since Netflix is almost everywhere, one of the great things they have done is add interesting, thought-provoking variety – great content on subjects that embrace diversity as well as films created in Africa, India and every country they have a presence in.

They have clearly proven that creative visual storytelling is global.

That’s probably why the two recently disclosed that Netflix has more than 128.8M subscribers in every country except China, Syria, North Korea and Crimea.

Sarandos & Hastings will probably be the first to say that there are probably a lot of people watching Netflix shows in these countries (and in every other country) … just not legally. 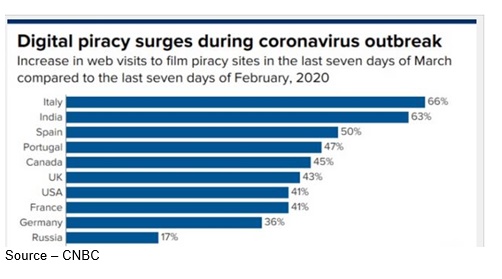 Time on Your Hands – With people around the globe confined to their homes, they turned to comfort food for the mind, TV shows and online movies.  Nothing is more inviting than finding out you can get all of your content free and without ads at certain sites. What most people fail to understand is that free may cost them more than they thought, like all of their personal data.

“BitTorrent sites and ISDs (illicit streaming devices) will cost streaming services billions in lost revenue this year,” McLennan said. “The pandemic will only compound the problem.

“As streaming and piracy increase, the US Chamber of Commerce’s Global Innovation Policy Center projects content losses will be between $29.2 and $71B by 2024 for the US content industry,” he continued.  “Now that the Canadian, Australian and British production facilities as well as Bollywood (India) and Nollywood (Nigeria) studios have aggressively turned up their creative production systems, piracy will also rise.

According to network security expert Dave Strom, content piracy is a never-ending battle for the industry and affects everyone in the entertainment chain, including the casual downloader/viewer.

Far from harmless, “free” entertainment, there is a very good chance the pirate site visitor will also download harmful malware that will enable the cybercriminal to access – and use – all of the viewer’s personal data.

The only security solution that will ultimately succeed is to educate viewers that viewing content – subscription, ad-supported or free – always comes at a cost.

The entire industry has to stress the importance of consumers avoiding password/credential sharing and pirate sites so they don’t have to experience what James Bond meant in Tomorrow Never Dies when he said, “I would have thought watching your TV shows was torture enough.”

We have to remember - M&E isn’t a game … it’s serious business.